What Are Elections and What Levels of Government are there?

Presidential: In a primary election or a caucus (publicly held), presidential candidates are nominated. A primary can be closed (only party members can vote in their party’s primary) or open (anyone of any political party affiliation may vote) or semi-open (voters cast their ballot in one primary of their choosing).
In a general election, the presidential candidates are voted upon.
Senate:
House of Representatives:
Governor:
Mayor:
City Council:

The Importance of Voting 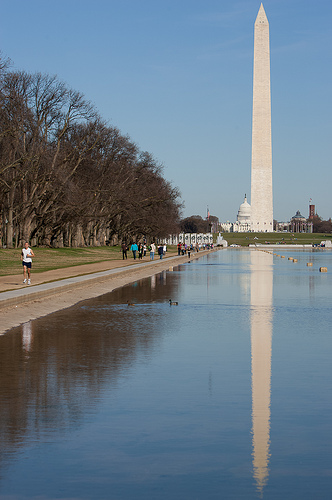 At the very minimum, we should participate in our democracy by voting, and at every level of government. It is the most basic responsibility we have as citizens. The highest level of voter turnout is naturally for Presidential elections, held every four years, but even among those voters, there is a high level of drop-off voting, or people who show up to vote for President, but not for any of the down ballot (more local) races. Usually, only 60-70% of voters make it to the bottom of the ballot.

Unfortunately, a lot of the decisions that affect people on a daily basis are made at the state and local level, and these elections are taken less seriously. For example, the New York City Council makes decisions that affect the lives of those in NYC a lot more than the President; for example, paid sick leave, zoning and land use (which affects new construction, gentrification, and neighborhood affordability) and policing tactics like stop and frisk. Public health policies implemented by Mayor Bloomberg, such as no smoking and posting calorie counts at restaurants, have gone national, and the next Mayor has promised to implement universal pre-K, which would revolutionize their education system. Even in smaller cities, the impact of local officials is dramatic. Take hydrofracking – Town councils and local officials across Pennsylvania, Ohio and other parts of the Midwest have opened up their municipalities for natural gas companies to blast toxic chemicals to extract natural gas, but have poisoned their town’s water supplies in the process.

Voting in state level elections also has a long term effect on the electoral process because of how the redistricting process works in most states. While most voter focus on the federal level, the most basic decisions about who will be elected get made at the state level in the redistricting process. In most states, this process is overseen by the Governor, the state legislature or a combination of both; therefore, the party that controls those offices can control who gets elected to the federal level. Republicans placed a huge emphasis on winning state houses and Governor’s mansions in the 2006-2010 election cycles, and gerrymandered most districts to be safe for the GOP, while making Democratic districts much more moderate or competitive in terms of registration and turnout. Something like 75% of current Congressional districts are nearly impossible to flip.

When are Elections?
Federal elections occur every two years, on the first Tuesday after the first Monday in November. Every member of the House of Representatives and about one-third of the Senate is up for reelection in any given election year. A presidential election is held every fourth year.
For specific dates, see: USElections.com or MyTimeToVote.com

Of course it is important to vote, however, just as important is to know who we are voting for! If we judge candidates by headlines or small sound clips we hear from them/commentators or how they present themselves on TV, we lose the most relevant facts of who that person is and what their stances are. It is important to check if they are consistent with their views in both words and actions. In addition, how can we judge our politicians’ stances if we do not understand all the facts of the issues? While it is impossible to be an expert at every issue relevant to elections, we can try to defer to the experts.
Research should be done: OnTheIssues.org, Politifact, Article on Issues and Political Trends