• Most monitors use TN panels which exhibit “smoother” movement (120+hz), while premium IPS panels show more accurate colors, better viewing angles, and higher-than-1080p resolutions with the drawback of less smooth movement (most are 60hz and have slightly more ms latency, except some are 120hz via nVidia G-Sync or AMD Freesync or Overclocking). 120hz is worth it, especially for gaming, but demands top-of-the-line video card(s) for matching fps (frames per second) with the hz (ie 120fps for 120hz) and for high resolution or multiple monitors.

• Some monitor models (especially “A-” rated panels instead of “A”) may generally have issues ie dead pixels or backlight unevenness and need replacement until finding a good specimen.

• Regarding Size/Multiple Monitors: 23″-24″ is better for competitive gaming (speed/awareness), but multiple or larger (27″+) is better for immersive experience. Subjective whether one large monitor is better (no gaps/frames between images) than a triple monitor set up (larger screen real estate and better distinct multitasking).

• For people who find themselves getting headaches and/or blurry vision when using computer screens, go for an No-PWM (Flicker-Free) and Ultra-low Blue light option 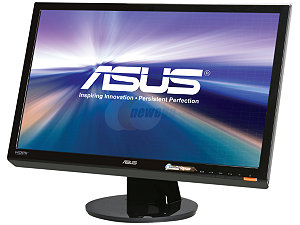 Asus VH238H 23 inch 2ms $130 [Amazon], Adds LED backlight onto VH236H, overall better response time and color contrast than VH242H and better stand than the VS238H. Get the VH242H for VESA mounts, VH238H has more vibrant colors but requires more calibration to fix reds and to try to remove blueish tone. Deeper blacks and brighter whites, but lose some detail in the blacks.
OR
ASUS VS239H-P 23-Inch Full-HD LED IPS $126 [Amazon], which gains IPS but trades-off both the VH238H’s 120hz and better input lag. 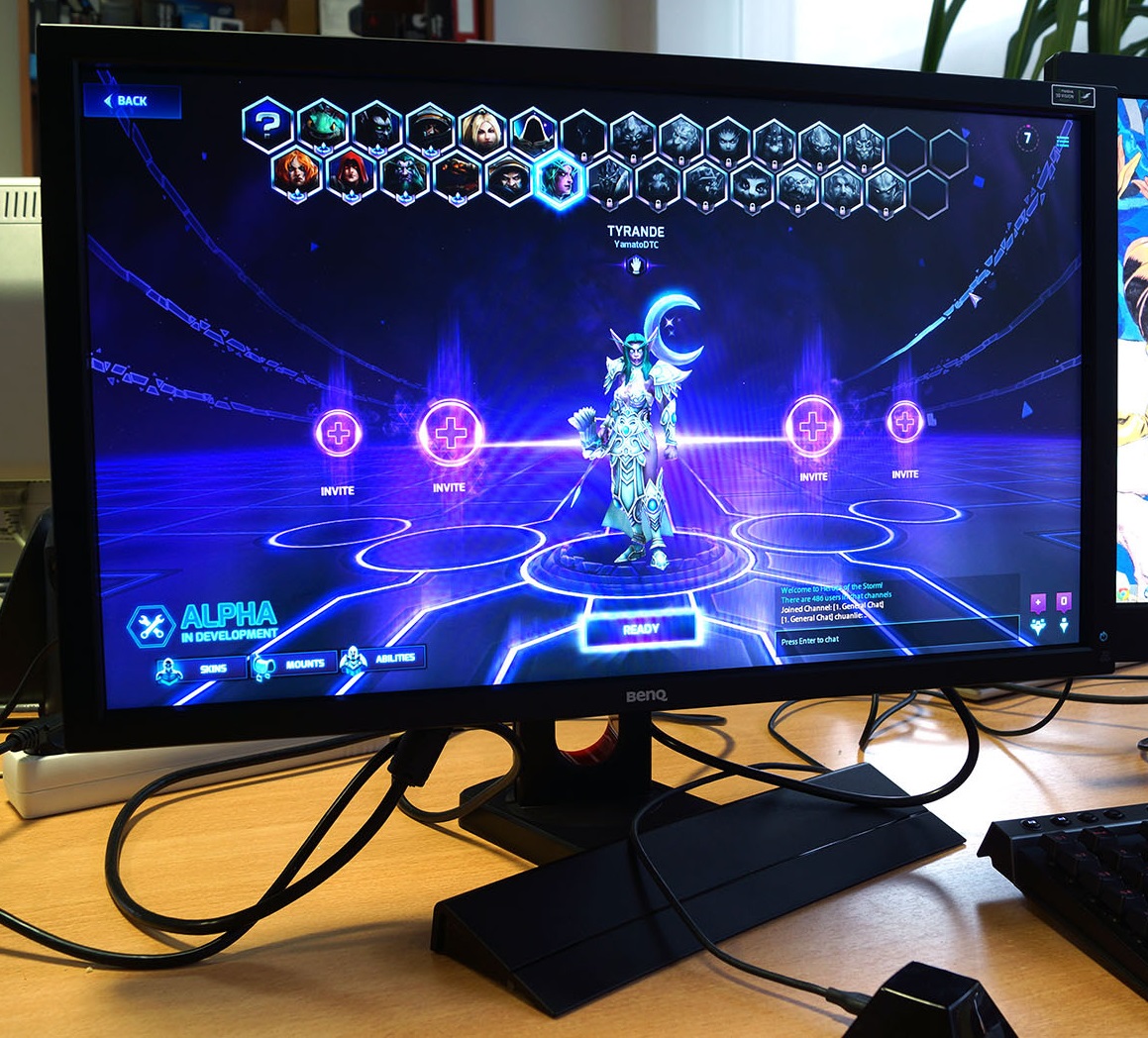 Note: I do not believe the 24″ Segment is a good value. ~$150 extra for only one inch over the 23″, ie the Asus PA248Q 24″ IPS $320, when you can get higher resolution (IPS 2560×1440) at similar price. However, if you don’t want to upgrade your video card to the higher resolution but want a slightly bigger monitor or would like the absolute best for competitive gaming (the smaller 23-24″ screens are better for gaming and lower resolution means performance won’t be an issue). 1080p 27-inch (even though some listed in this section) are NOT recommended (they stretch the lower resolution over a bigger area). They’re decent but you can notice sub-pixels while scrolling (even if you sit farther back) and aliasing is much more noticeable in games.

Note: Only some monitors are Active 3D-Ready, and you must match graphics card brand to the monitor’s 3D-Ready-Brand (ie GTX770 to a nVidia 3D Vision monitor, or 7970 to a AMD HD3D Monitor). nVidia has better 3D (3D Vision) versus AMD’s HD3D (way more games that are 3D Vision capable due to a bigger mod community that mods games to be compatible). Active 3D (the monitor is made for Active 3D and you have the Active 3D Kit ie battery-powered glasses) is always better than passive 3D. It might be a good idea to have 2 strong graphics cards, as 3D halves the hertz (120hz to 60hz), but can always try with one first. Use displayport or DVI-D, (as the most advanced HDMI, 1.4a, can only output 1080p at 24 fps to each eye in 3D or 60 fps to each at 720p). HDMI 2.0 is not released yet.
Again, do not recommend 1080p over 27 inches in general. 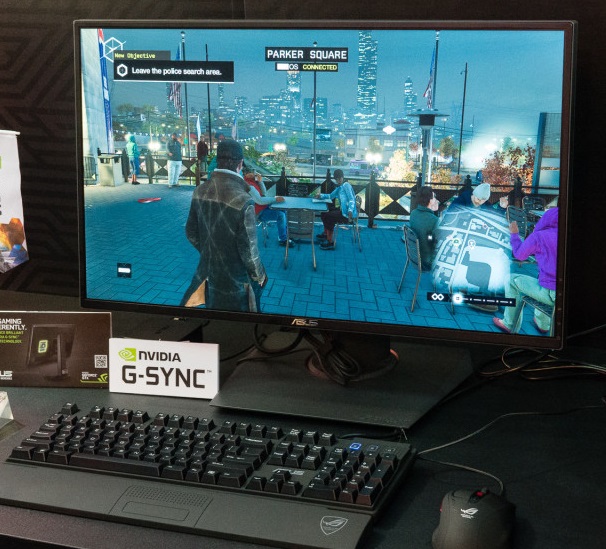 Has both the pluses of IPS (beautiful colors), high resolution, size AND 120hz (through Overclocking or G-Sync or FreeSync). The G-Sync and FreeSync ones are also strobing for reduced motion blur. These traits make these amazing for both solo and competitive gaming.

Most Recommended for Gaming / Big Brand Name:
With these monitors at 144hz and G-Sync/FreeSync and IPS, they are the better for gaming than the 120hz Yamakasi Catleap Extreme OC which are now $500.
Asus ROG Swift PG279Q $800 144hz IPS, nVidia G-Sync if you have an nVidia gpu [Amazon] (Nvidia 3D capable if you buy the optional kit). Would get Asus over the worse brand $720 Acer Predator XB271HU
OR
Asus MG279Q $655 144hz, AMD FreeSync if you have an AMD gpu [Amazon], Flicker-free and Ultra-low Blue Light, better than the BenQ XL2730Z 27″ 144hz LED-Lit (AMD FreeSync) $510 (exact same except Asus is more expensive and IPS, but the IPS is worth it). 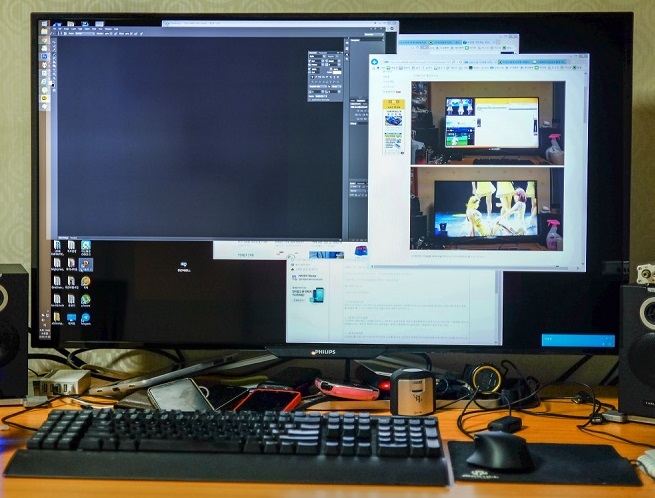 These bigger TVs are for heavy PC users, as they can be twice the price as the above monitors, but great for media, productivity or immersive solo gaming ie RPGs (large and only 60hz are a detriment to competitive gaming ie FPS / RTS / MOBA). If your primary media / entertainment room is small, this could even double as your main TV. Higher refresh rate (hz) would make these better for competitive gaming (though still large). On the plus side, these have great aspect ratios and lately have low input lag even while being 60hz (but will still have slightly more “blurry” movement than 120hz).

Best 4K 40″+ TV (4K is 3840×2160): If you’re spending over $1k, might be a better idea instead to purchase a solid quality TV. These are incredible immersion and productivity. Must choose IPS (better viewing angles and colors and contrast than VA panels) and flicker free (currently Sony LEDs and LG OLEDs only). Note: All 4K TVs max out at 120hz for 1080p and 60hz for 4K, not the highest refresh rate for gaming at 4K but they still have low input lag (near 0 for OLEDs).
43″: Sony XBR43X830C $667 Amazon
55″: This is the maximum size one should use for a monitor. The biggest monitors sold are 55″.Sony XBR55X850D $1100 Amazon
OR
OLED55B6P $2000 Amazon. OLED might not be the best idea as there are issues with temporary image retention (image burn-in). For frequent users, You must run the TV’s programs for fixing this issue.

Depending on your video card, triple monitor gaming tech is either AMD Eyefinity (requires one monitor on or with adapter to displayport) or nVidia Surround (requires triple DVI or triple displayport). Monitors can be connected through displayport to each other or each to the video card if the card has all 3 connections (ie HDMI, DVI, and displayport). See Budget Monitors at the top.

Ambient Lighting (not sure if this is necessary for helping your eyes) – Adifruit Adilight DIY Ambient Lighting Kit $50 OR antumbra Ambient Backlight $35 OR Lightpack on eBay
F.Lux free blue light software @Justgetflux

NOTE: You will need to calibrate the colors for IPS screens. The expensive Dell U3011 and U2711 or Samsung Monitors have very bad lag for gaming, because they preprocess the colors. But the colors are definitely the best out of the box (less need to calibrate).
Upcoming Technology: LED monitor panels. Currently there are some out there, such as in the Dell U3014, but they have yet to get out to other brands/models.
Digimate is also coming out with 27″ 1440p and 30″ 1600p IPS panels.
Sources: Forums at Overclock.net, Tomshardware.com

Recommended GPU: See Best GPUs
Note: If you’re going higher resolution, ie QHD 2560×1440, especially if it’s a G-Sync or overclocking monitor, you cannot skimp on the graphics card, as you need to match the 120hz on the monitor with 120 fps from the gpu. Don’t get AMD as they tend to be slightly worse performance and more micro-stuttering in SLI / Crossfire / multiple cards).

Went out of business: 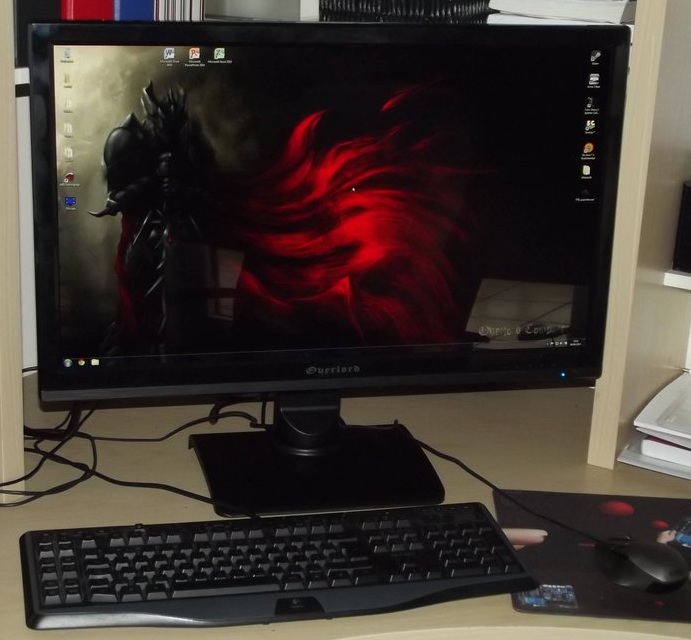 Nocturnal bruxism, or teeth grinding, affects about 8-31% percent of the population (and twice as likely if you're a smoker...