Note: A NAS server is the best value for a home, home office, or small business server; hosts a ton of functionality, ease of setup and use, and can be very cheap at ~$500. Beware, however, there are cheap NAS servers that aren’t very good. 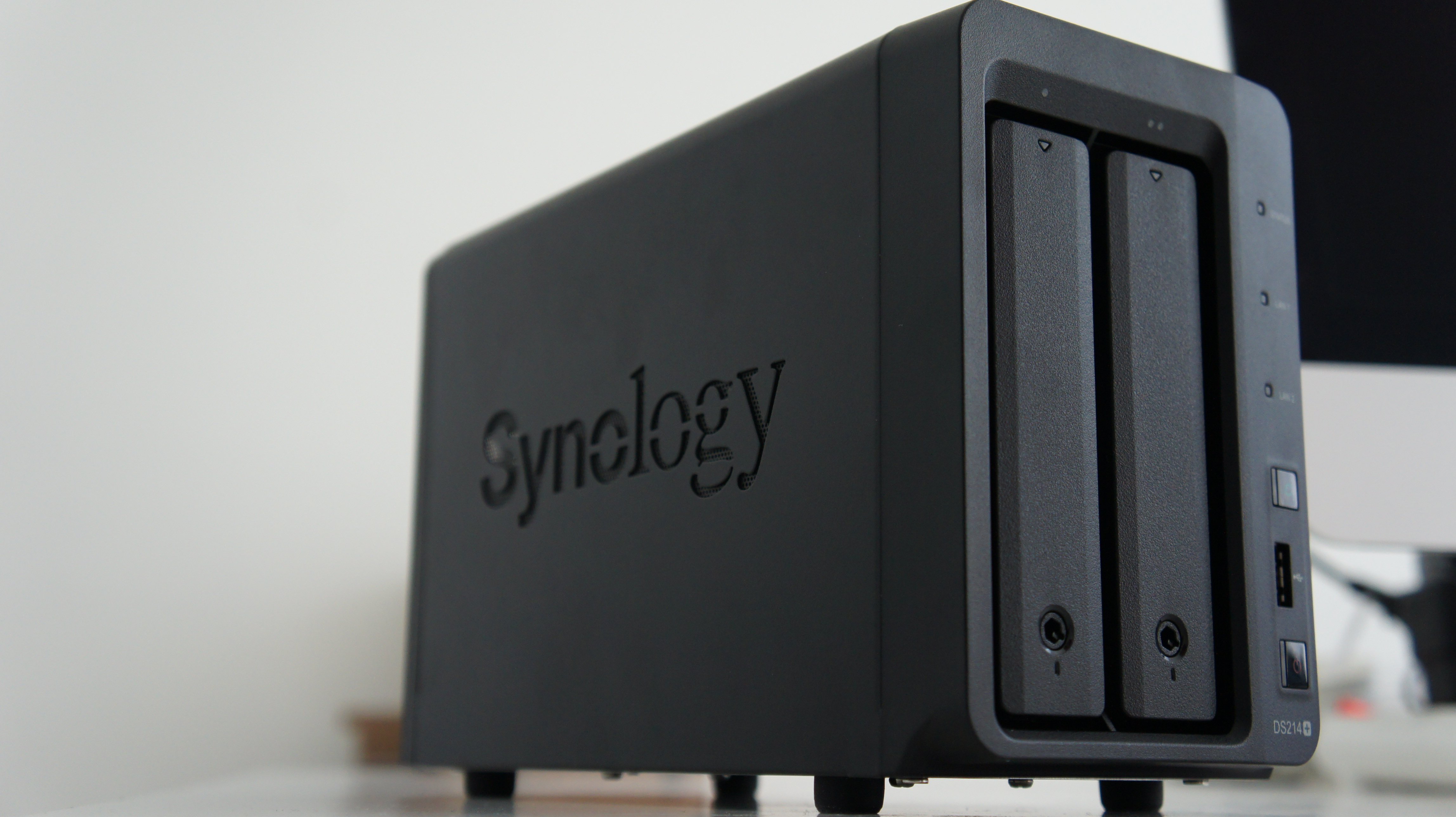 Note: Go Synology over any custom made FreeNAS box; as it’s operating system is stable, it is high-performance, and most importantly, the operating system is the most-user friendly and has the most software functionality out there. Warranty is usually 2 years, and NAS Media Centers (ie Synology especially the Play versions) can now use PLEX.

Best Value NAS (Recommended, 2-Bay): Synology DiskStation DS218+II $300 [Amazon] Best value period. The only design you are sacrificing is that you have to open it up to put hard drives in, can’t just slide them in, but has all of the features. The $450 DS718+’s added processing power is most probably not needed for the average home or small office, requiring numerous users video streaming or the frequently working with encrypted folders to hit the limit of the DS218+II.
Substitute: To save a little money, Synology DiskStation DS218 $250 [Amazon].
If chiefly using for videos (ie home media device), get the Play version, as it does video transcoding with its hardware: Synology Disk Station 2-Bay 20TB Network Attached Storage DS218play $230 [Amazon]. No reason to get the slim versions, the regular is small enough.

Don’t get – Infortrend EonNAS Pro 210 2-Bay Tower NAS $400 – low performance even though specs seem high and unpopular. QNAP TS-251 – Synology has better software. Synology DiskStation DS213Air $300 – Not recommended over the DS214 – you sacrifice speed but adds a router feature that extends wifi signal (but any NAS can do this with a USB adapter), Apple Time Capsule looks pretty but doesn’t offer that much functionality as a NAS

Best Mid-Level NAS (4-Bay): Synology DiskStation DS418 (1gb non-intel) (4-bay version of the DS218) $450 [Amazon],
or upgrade to the Synology DiskStation DS918+ (2gb intel) is the 4-bay of the DS218+II $650 [Amazon]
Substitute: If chiefly used for videos (ie as a home media device), get the Play version, as it does video transcoding with its hardware: Synology Disk Station 4-Bay 20TB Network Attached Storage DS418play $480 [Amazon]. No reason to get the slim versions, the regular is small enough.

Don’t get: ASUSTOR easy OS and great as media center connected to your TV with Boxee software but expensive, QNAP may be slightly faster but more expensive and more difficult to use – needs prior networking knowledge, EonNAS Pro as it has half of the processing speed for similar price, Thecus N series, ZyXEL NSA, D-Link DNS, Iomega StorCenter

Note on Setup: Hybrid RAID is more advanced than RAID, offering the capability to mix and match hard drives of different capacities, as long as you don’t add hard drives of lower capacities than those in the existing RAID. Hybrid RAID also makes it possible to add more hard drives to the RAID without having to rebuild it from scratch

Best Hard Drive for NAS and other Accessories

Wireless Adapter (if you’re not going to connect the NAS via ethernet to a router):

Switch: If you need a switch (ie have multiple devices that can’t connect to NAS via wifi), then get a Trendnet Gigabit Switch (they go on sale often for $20). [Amazon]

Best (1st Place): Windows (or Mac) Remote Desktop (use alongside Google Drive)
2nd Best: Web-based – LogMeIn (plus: also free for commercial use)
3rd Best: TeamViewer, con: If you exceed the limit of 15-20 hours per month your connection speed will be reduced to the level you won’t be able to remotely control a PC accompanied with instant disconnections. Not free for commercial use.
(better than other software ie ultravnc, realvnc, tightvnc (tho this is better than ultravnc and realvnc), AMMYY Admin – better file transfer than TeamViewer but possible security holes to get hacked and they suspend your access if you use it too much ie over 15 hrs/month, GBridge, Mingleview, Crossloop – only allows for one remote connection and the cursor is shared, zolved, ntrconnect, desktra, rdtabs, livemesh, chunkvnc, windows remote desktop connection, techinline, screenconnect, rhubcom)
You DON’T WANT: Attended (what you don’t want because there needs to be a person on the remote computer, ie Join.me, Mikogo), Not Free (ShowMyPC, ISL Light, ISL Group, Radmin), Crap (Kaseya)
Source: http://www.techsupportalert.com/best-free-remote-access-software.htm

Replacing your Smartphone with a Tablet

Note: Smoke responsibly. Generally speaking, e-cigarettes are safer than traditional cigarettes, however, there are still find some hazardous material in...